Schlepped the Amiga 1000 cross country in a checked suitcase. Happy to see it made it without any damage, still in working order. Now I need to sort out boot disks and peripherals… 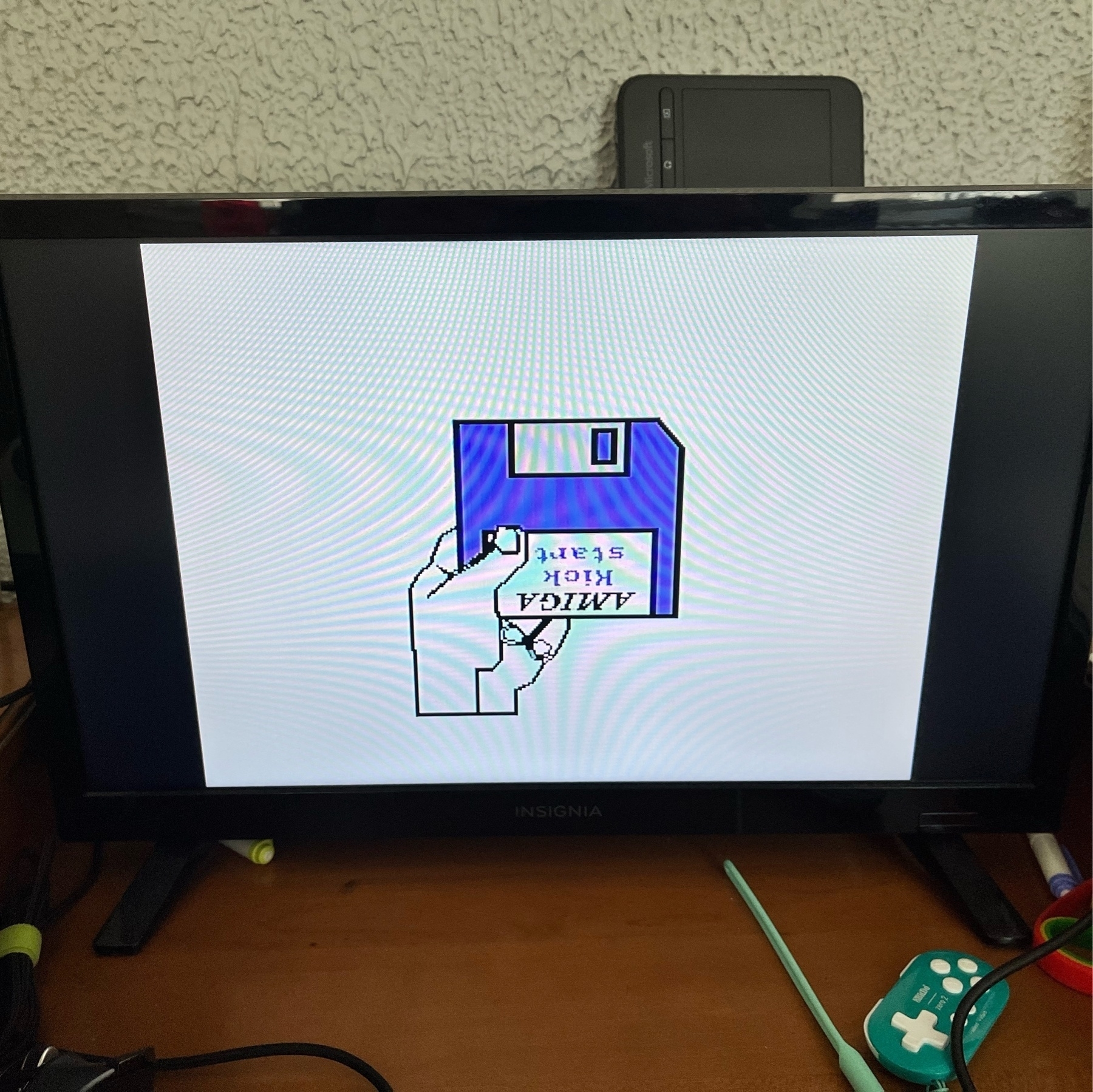 Ridiculously excited that a friend passed on an extra Amiga 1000 to me. Many hours of fun to come 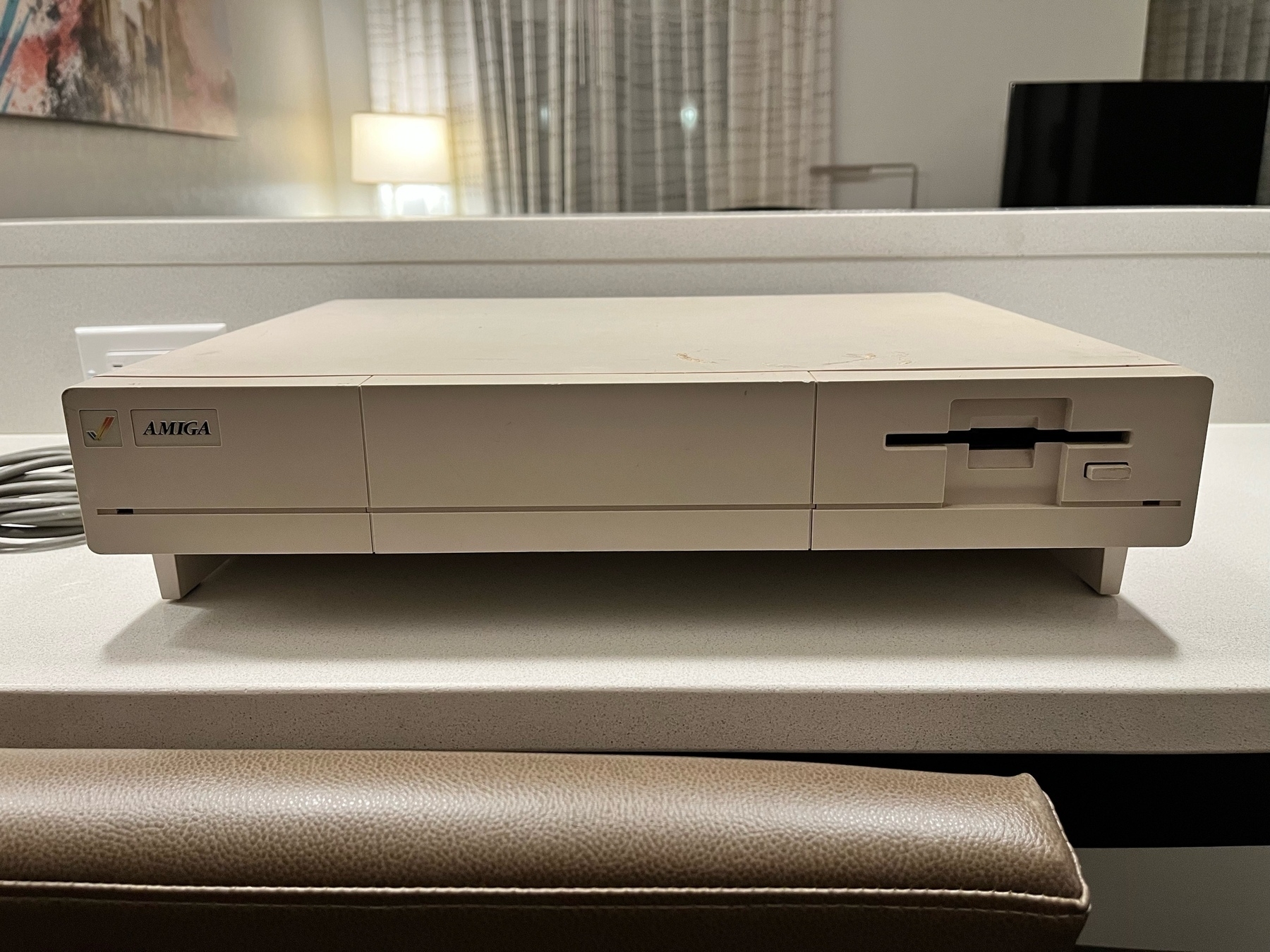 My Spanish listening skills have improved a lot this past year, and occasionally shuffle will bring up a song I haven’t heard in a while, and it’s trippy to ‘suddenly’ be able to understand the lyrics without really trying so much

After a couple of years of being bilingual at home with my husband, I find it funny that I now have a specific accent for annoyedly accepting others’ plans in both English and Spanish

My older cat was in a bit of a mood this morning with my husband off on a business trip. Must be rough getting half your morning pets 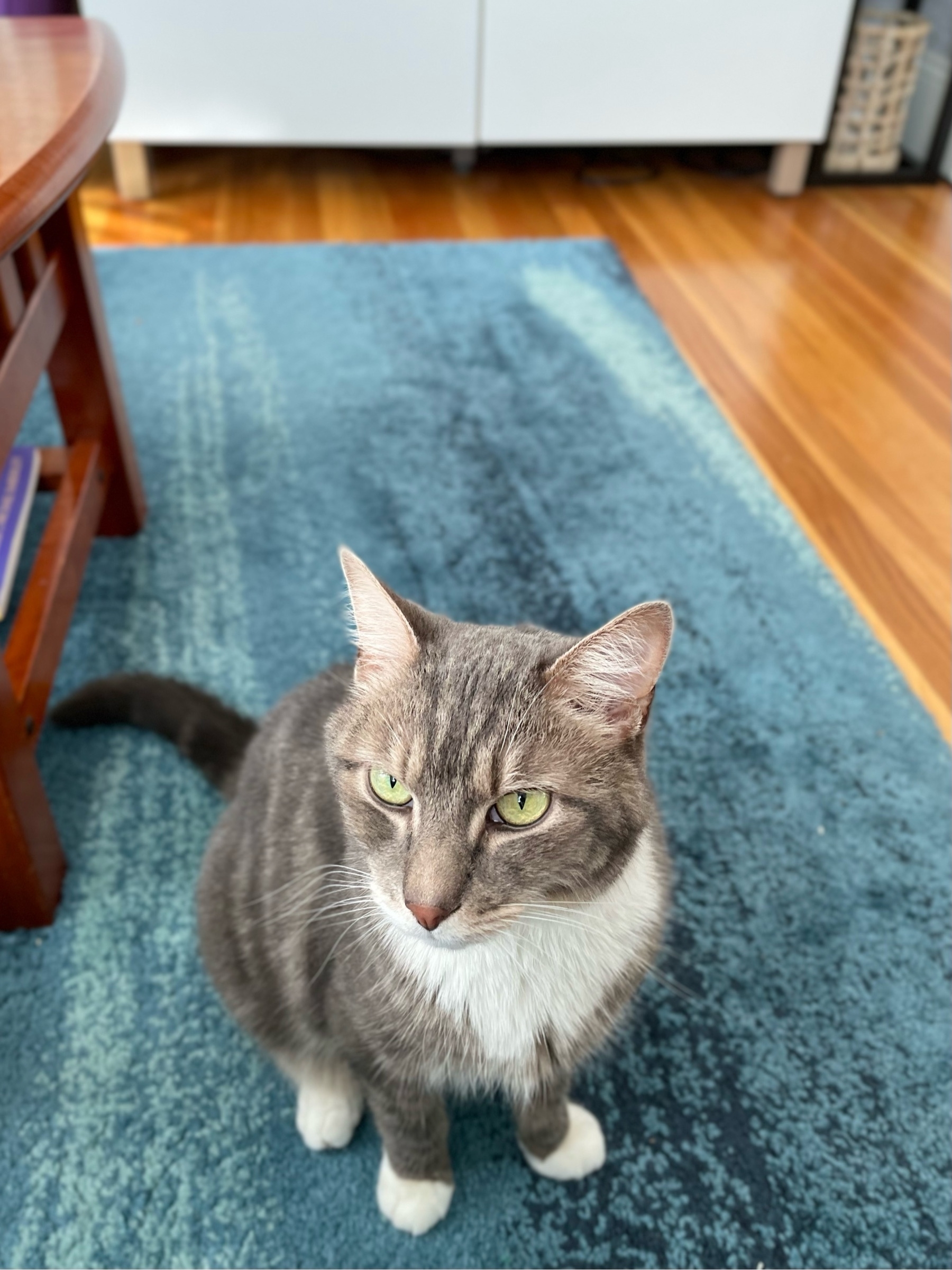 Went to the store intending to buy a new fitted sheet for our bed, ended up with a flat sheet instead… Thank goodness it’s a long weekend 😅

Starting to poke around the Amiga platform for the first time. So far, it’s like an extra colorful version of my childhood computing experience

I am not sure if it’s some sort of placebo effect, but I’ve tried various Bluetooth headphones at this point, and they all seem to have the same slightly dead sound to them even when they support modern codecs

A small quality of life upgrade for my MiSTer set up: a power switch 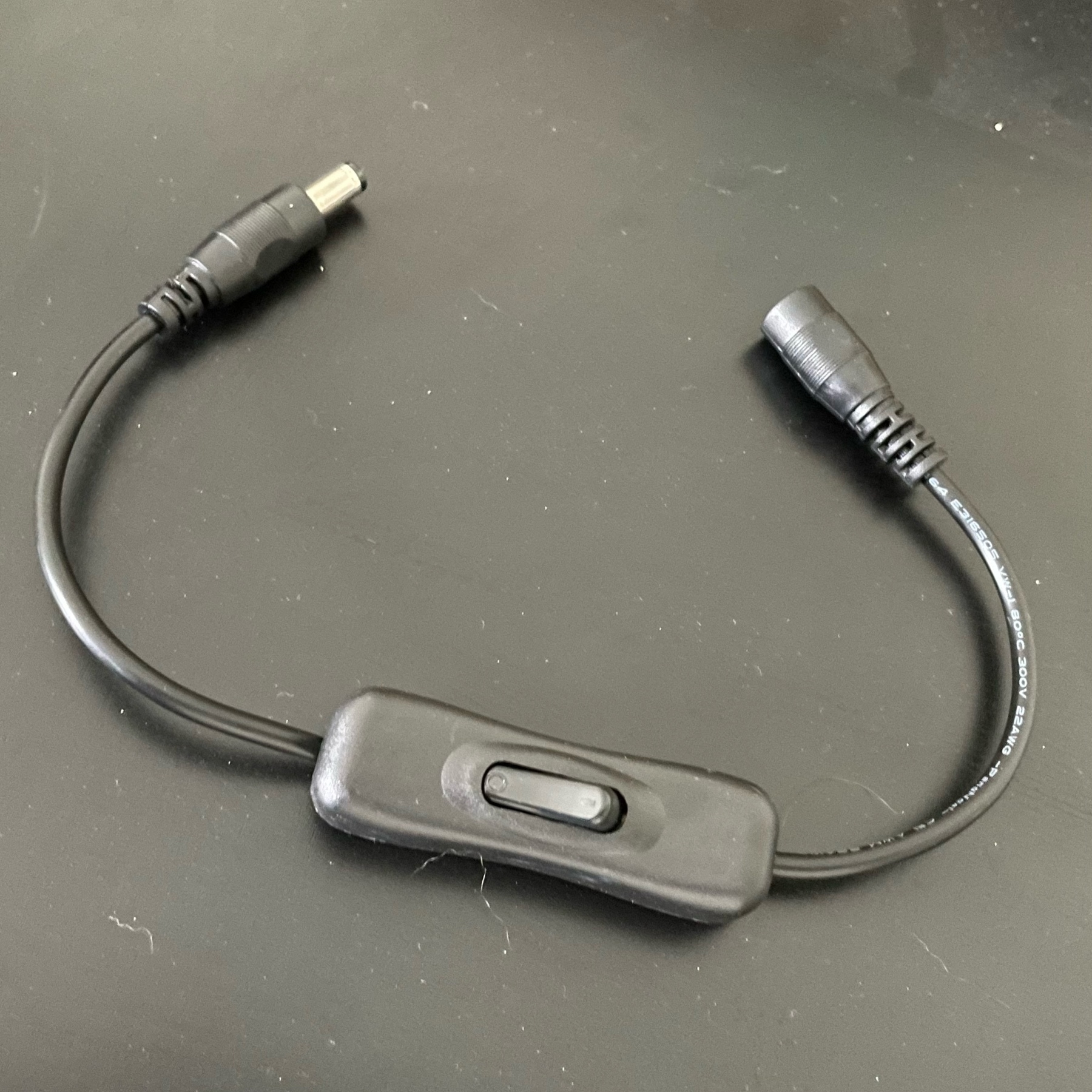 I was very thankful to be able to go into my local office today for the first time in 2 years. Worries about catching COVID aside, I’m struggling on some level to understand people not being happy about going into the office again

Re-shell attempt number two went a bit better. I managed to install the screen hinges correctly, and the quality of the shell is quite a bit higher. Maybe still not OEM level, but at least now it doesn’t feel awful to hold and use! 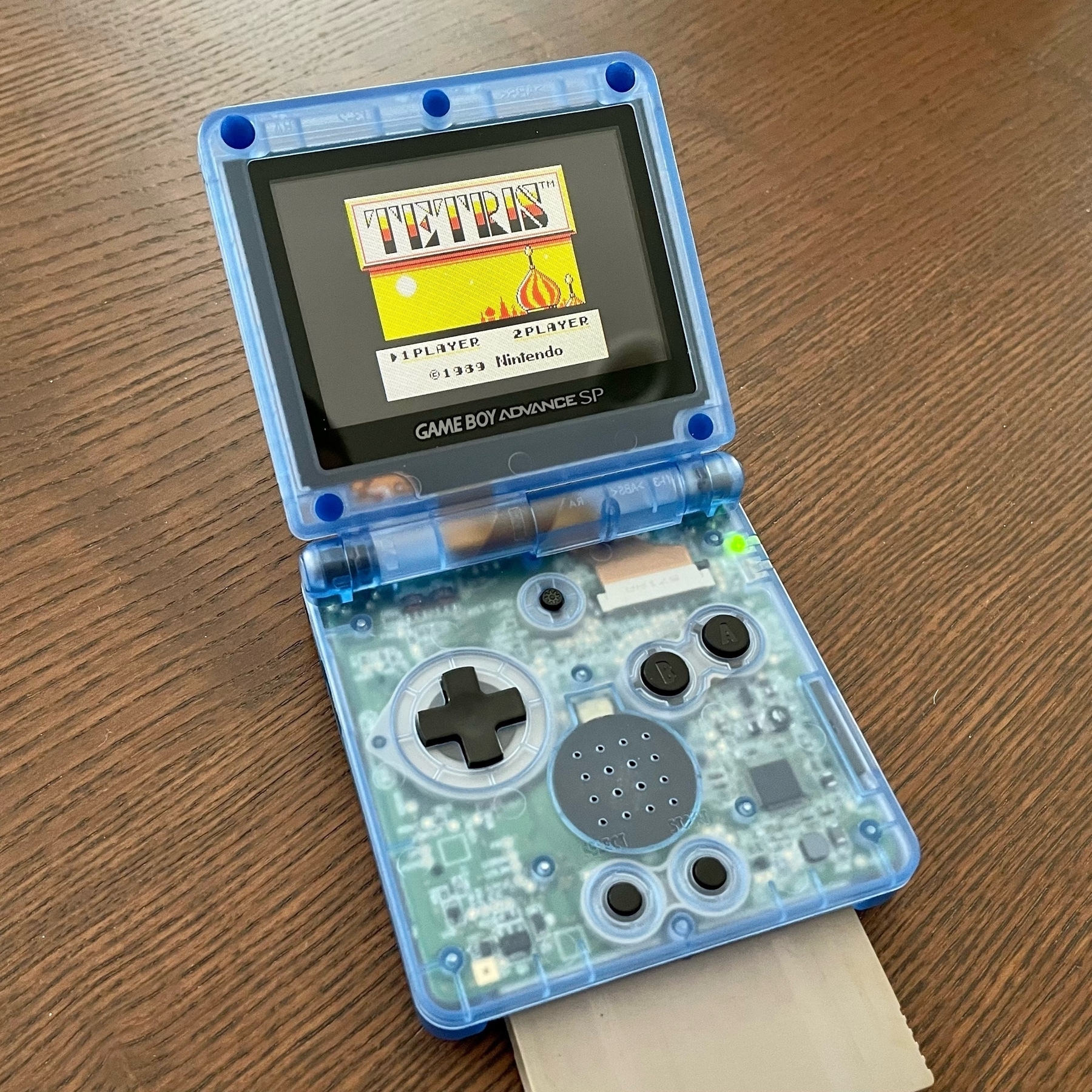 I haven’t used our photo printer in ~6 months, and in that time it seems to have spontaneously died? Super reasonable…

TIL if you want to suppress the grub boot menu on a dual boot Ubuntu install, you need to use a workaround and set GRUB_TIMEOUT=0.1

It is quite neat to be able to make apps in Swift Playgrounds, it makes the iPad Pro feel more like a Proper Computer

Looks like if you want to have functional Rust auto complete in the snap version of VS Code, you need to install the rust-analyzer snap. The regular Rust extension does not work. The joys of sandboxing…

Past me: Oh, I’ll just pop the extra m.2 NVMe module I have into my ThinkPad. Present me: Well that’s not going to work, is it… 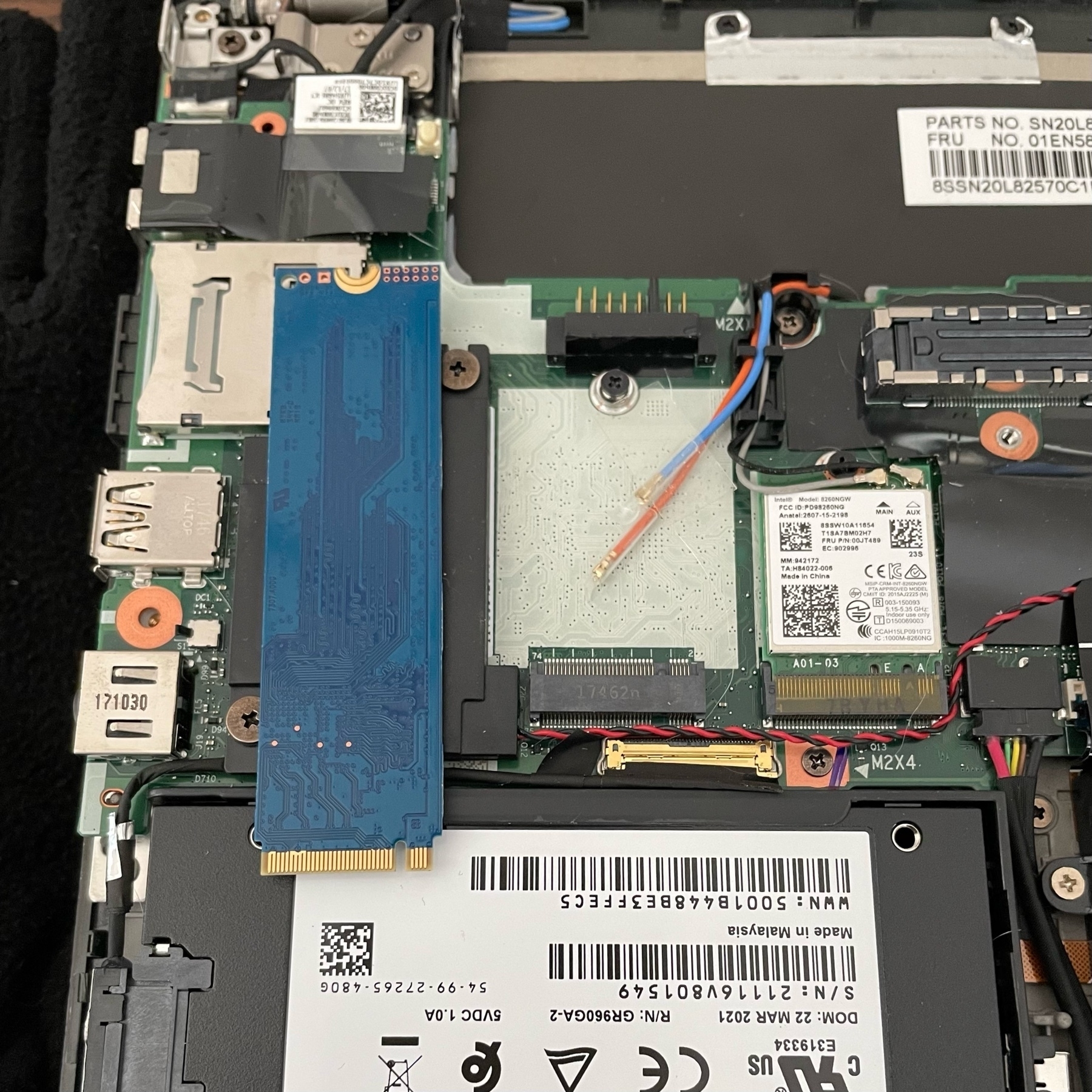 My friend was kind enough to give back my first C64 after losing interest in it. Feels very sentimental 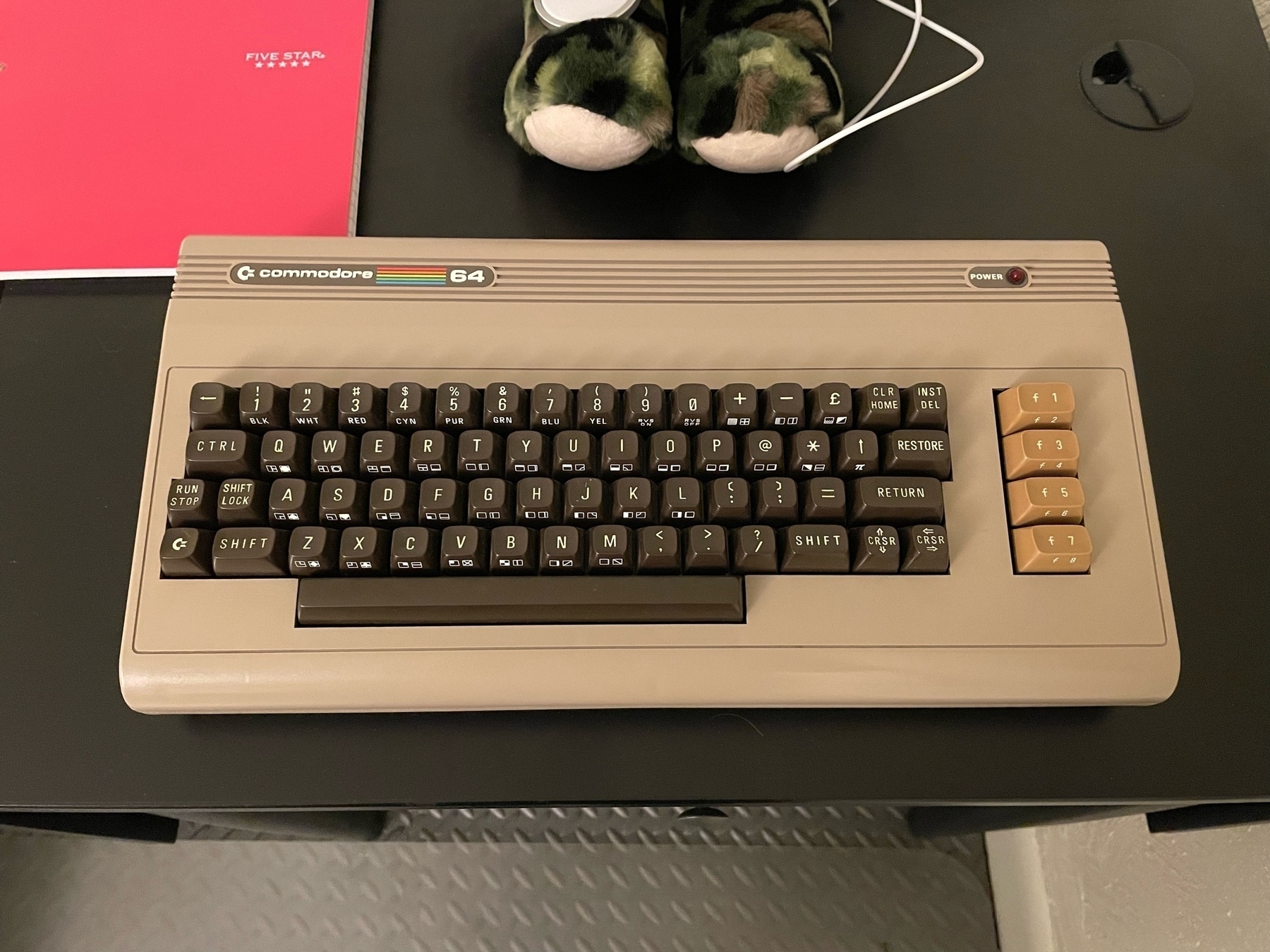 Too Lame for the PINEBOOK Pro

Sometime in summer 2020, I got it into my head that it would be a good idea to buy a PINEBOOK Pro, a laptop made to run open source software. I had a lot of free time because of the pandemic, and it felt like a good opportunity to get back into Linux. It also felt like a good idea to have a computing device that I controlled with the bizarre political situation in the US (not claiming this was rational, but it was definitely on my mind at the time.) This was before the chip shortage started, so I had no problem ordering one, and it arrived within a week.

Out of the box, I had a great experience. The PINEBOOK Pro ships with Manjaro, a beginner friendly distribution which fully supports the hardware. It was my first time using an Arch-based distribution, and I was impressed by the number of packages available, and how little effort it took to modify a good number of them to compile on arm. Arch also has some truly stellar documentation which can be applied to Manjaro. I had no problem getting set up to do the computing tasks I wanted. The only issue I had to fix was adjusting how the kernel would put the machine to sleep. The configuration Manjaro ships for the PINEBOOK Pro is the most reliable, but it leads to rapid battery loss while the laptop is suspended.

Unfortunately, that great experience did not last. About 2 months into owning the PINEBOOK Pro, its installation of Manjaro crapped out when I installed a software update. And when I say crapped out, I mean the laptop’s screen didn’t come on after restarting. A botched system update is very stressful on the PINEBOOK Pro. It does not have anything like UEFI, it ships with uboot. uboot is a single piece of software that performs the role of both firmware, and a bootloader, and from the factory uboot is on the same drive as the OS. I had no idea what was wrong. I didn’t have the special cable to debug the machine over serial, and I was having trouble finding reports of other users having the same issue.

Eventually, I learned that the updated kernel I installed was not aligned correctly for the bootloader, and this was causing intermittent failures. After several hard power cycles, I managed to get the machine to boot. The factory install of Manjaro was completely hosed, it didn’t even detect the wi-fi radio. I opted to reinstall Manjaro from SD card, and did not update it after doing so. While my PINEBOOK Pro was working again, I felt I could no longer trust it to do the tasks I wanted it for, so I put it on a shelf.

Some 6 months later, again with an excess of free time, I felt compelled to get the PINEBOOK Pro back out and give it another chance. This time, I decided to go with a different flavor of Manjaro — Sway instead of KDE — and use the machine as a casual programming environment instead of a general purpose computer. I had no problem getting things set up the way I wanted, and was quite happy to poke at side projects. However, I ended up running into an issue with software updates again. This time, I installed updates, rebooted, and was dismayed to find that the wi-fi radio was not detected when the desktop appeared. I never found any other reports of this, I believe it was half-way through Manjaro migrating to a new forum, and I only had so much time and energy to chase it down.

After being burned twice, I gave up on the idea of running Manjaro on the PINEBOOK Pro. Over the coming months, I researching what other distributions might be viable, and was disappointed to find that while there were images available for a number of other distributions, none of them had the same level of support as Manjaro. At this point, it was starting to set in that I am simply Not Cool Enough to use a PINEBOOK Pro. Even before my husband and I started a family, I only had very limited free time for tinkering, and I am not able to contribute to open source projects.

More months passed, and again my interest in desktop Linux was piqued. Once more, I tried to find a reliable distribution to run on the PINEBOOK Pro. While poking around, I noticed that the community seemed to have slowed down a bit, and at least one distribution appeared to have dropped support for the hardware. I tried out a few other distributions, but wasn’t able to recover the level of trust I had when I first got the machine. It was at this point that I began researching used laptops. I eventually settled on a ThinkPad X270, an affordable, upgradable, no frills laptop with good support under Linux.

And here I am, writing this post on the X270 running Ubuntu. I am pretty sure I was never really the intended audience for the PINEBOOK Pro. It was fun to mess with, but I just want a reliable computer that runs mostly free software. It is a bummer that I can’t fully liberate the X270 with coreboot, but it is free enough, and I feel like I am properly in control of my computing experience when I am using it. At this point, I plan to pass on my PINEBOOK Pro to someone who will put it to good use.

Coming to the conclusion I’m not cool enough for a distro more advanced than Ubuntu. Just don’t have the energy to tinker these days

Need to get the analog board of my Mac Plus serviced, it’s gotten to the point that it needs percussive encouragement to start each time

Gees why do toaster naan only last 3 days out of the package before they go moldy?

Ugh, missed two appointments in a row. Hard to balance the demands of work and family sometimes 😑 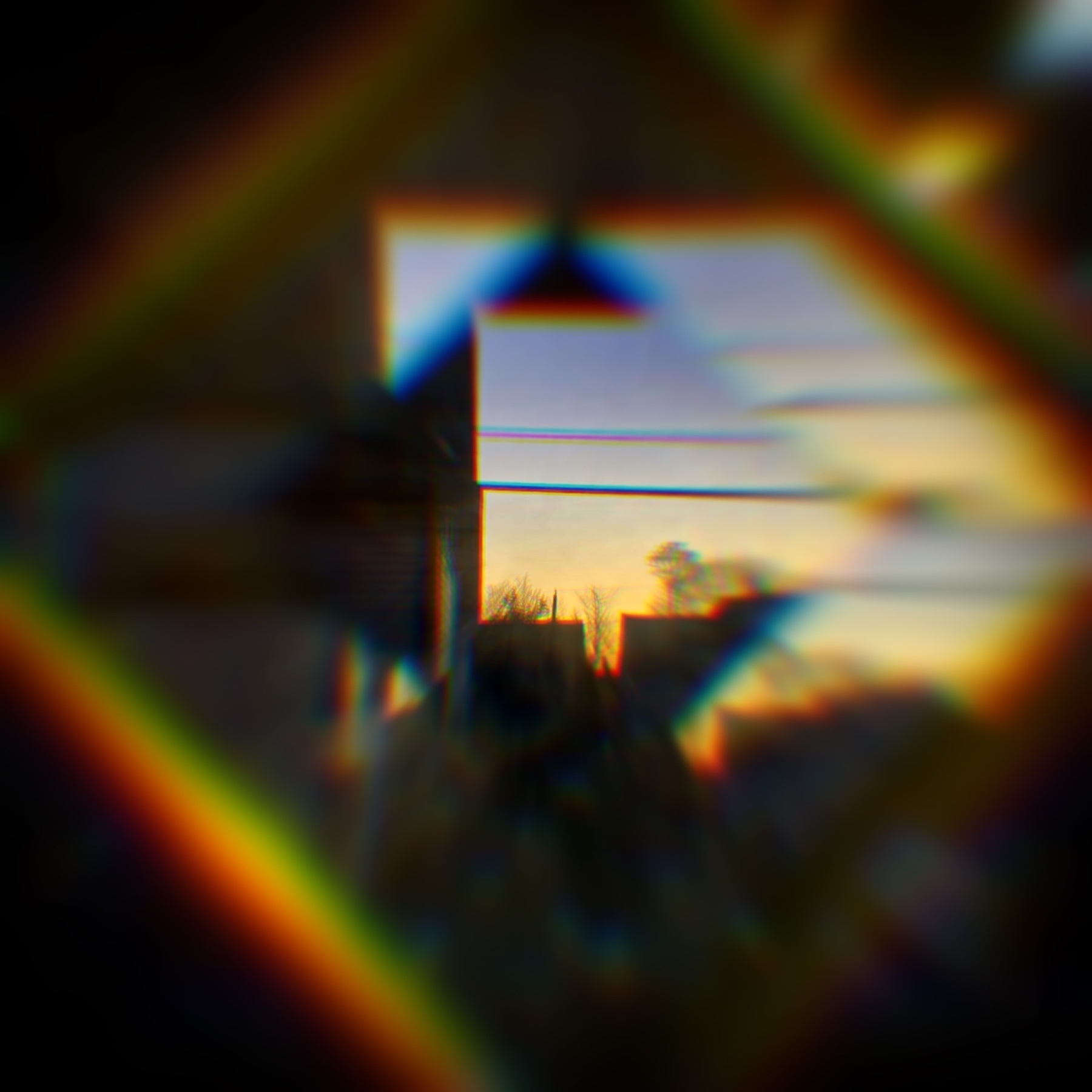